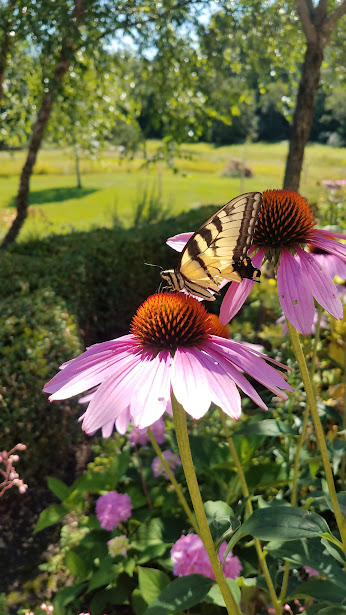 One of my favorite writing activities is research, and I’ve written several posts about it. Here I talk about a bath house and ice cream shop in Charleston, and here the history and the places that inspired my soon-to-be-finished book Faith Can Move Mountains. One point of view character in the story is Josiah Hamilton, the son of a planter and a Confederate cavalry officer who was wounded at Brandy Station, a large cavalry battle not long before Gettysburg. In the story, Josiah struggles with PTSD from what he experienced both at the battle of Brandy Station and what happened afterwards. He wasn’t alone. There was a sharp increase in cases after the Civil War. Anyone remember the PBS show Mercy Street?

During that time, PTSD was known by a variety of names such as soldier’s heart, melancholy, neuralgia or nostalgia, and it usually carried a stigma both with doctors and the general public. People thought men who had it were somehow weak or cowardly. Even today, military members struggle with this syndrome and the effects of it on their families and their daily lives.

At the time Josiah would have lived, PTSD was not well understood, and he tries to keep his symptoms and the problems it they cause hidden. I could easily have changed his challenge to something else, but I come from a military family and felt Josiah might represent a man or a woman we all might know. My hope is that we feel more sympathy and understanding for these warriors who bravely live with something so difficult to deal with. Therefore, I wanted to make sure his symptoms, struggles, doubts, and hisroad to better health is as realistic as possible because in my book he must get better.

When I knew Josiah’s PTSD would be a part of his character, I wrote a scene in which he undergoes hypnosis. After I wrote it, I researched whether hypnosis might have been used to help people with things like PTSD. I’ve learned that serendipitous things happen while I write, like the Muse listens and points me in a specific direction. This was one of those times. It turns out that, hypnosis has been used for centuries to heal people of all sorts of illnesses, even as far back as ancient Egypt and ancient Greece. But the ideas of Ambroise-Auguste Liebeault, a French country doctor who is thought of as the father of modern hypnotherapy are the basis of the knowledge of a doctor named Ezra Friedman in my book.

Josiah and he met during the war while Josiah was wounded. In 1868, Ezra comes to Charleston and reconnects with Josiah. When I originally wrote the scene in which Ezra treats Josiah, the scene occurs in the latter part of the book, near the climax. My editor said it seemed like I had set up the scene to be the climactic scene. (Dang it, I had.) He also suggested I make sure the hypnosis scene was factually accurate.

I did a lot of research about how hypnosis works and read a lot about the history and the process of hypnosis, but last week I contacted a psychologist by the name of Rebecca Laird, Counselor, MA, LPC. I went to see her on Wednesday in Appleton, Wisconsin. Nothing like direct research!

Rebecca’s office was a cozy room with sea foam green leather couches, a white board, beautiful drapes that hung like artwork, and lots of books. She had reviewed textbooks to refresh her memory and gave me a brief overview of the history of hypnosis. We discussed my ideas of Ezra’s having studied with someone who had learned hypnosis from the Nancy School, started by Ambroise-Auguste Liebeault. Then she and I went over the scene I had written so she could tell me if the dialogue, reactions, and actions between Josiah as a patient and Ezra as the doctor were realistic. Luckily, I was mostly on target. I will need to revise some areas, but not many.

Rebecca helped me understand how hypnotherapy works, that it does help people with trauma and PTSD, and that Josiah, who has pretty severe PTSD would need more than one treatment of hypnosis and maintenance to help him maintain his progress. I need to add another session earlier in the book to show that Josiah is trying to get better with Ezra’s help. I also will show how Ezra helps him come up with ways to calm down in times of stress and ultimately deal with his trauma. They will stay in touch via letters, and Ezra will reinforce his suggestions and help Josiah get better over time.

Another interesting and helpful afternoon of research for me, but also one that brought home the reality that, even though I want Josiah to get better, I now understand that treatments for Civil War veterans with PTSD were few if non-existent. It remains a mysterious and debilitating problem with veterans even now. If you know someone with PTSD, which is a syndrome that affects more than just the military, please encourage them to get help. The above video describes how veterans felt when they got help. Thank you for reading.

If you want to be the first to know when my book is published, please sign up for my newsletter!