Our nest is empty. That reality seems so very final. I knew I would face this moment at some point, but it happened “slowly and then all at once,” as John Green says. After living with us for about a year after college, my youngest son has taken a job in the big city and moved out of our house. I miss him. I feel at once bereft and relieved, worried and proud, worn out and hopeful. You see, he’s my baby, my last baby, and I was reluctant to let him go. He was always the child who held on tight. When his brother dropped my hand and ran into the room full of kids for his first day of preschool, my youngest used to tell his dad and me he wanted to live with us forever.

I see a parallel in his time here and my oldest son’s time at home after college. I wrote of his time with me in The Gift of Time. I had each of them for about a year after college until they decided on a course of action for their lives. I’m not sad my youngest boy has started his own life; I just wish there were a way to see him more often, both of them actually. Giving up mothering has been one of the hardest things I’ve ever done. Even though I know I’m not giving it up entirely and that they still need me, they need me differently now. My youngest son is not really much different from the boy he was growing up. He is still sweet, sensitive, and cautious, but he is also smart, tenacious, and determined. He goes after what he wants and rarely lets anyone or anything interfere with his goals. Over the years I saw evidence of his tenacity and determination when he played soccer. He never reached the level of play he wanted to when he was in high school, but I think that leftover hunger to reach his goals has served him well in teaching him to persevere, even in the face of obstacles.
I also see much of the same loyal and caring little boy his dad and I raised in his friendships, many of which he formed when we first moved from Florida to Wisconsin. He still is friends with the same group of boys he grew up with, but he also made some new friends in Minneapolis where he lives now, both in college and at places where he worked. Friends have always meant the world to him, even when he was three years old. Despite his affection for his friends, he is still an introvert, who needs quiet and time alone to recharge his batteries. And sleep. He needs sleep. Even when he was a little guy, he would go to his room to “have a rest.” That was code for some “me time” and, despite his assurances to the contrary back then, nap time. 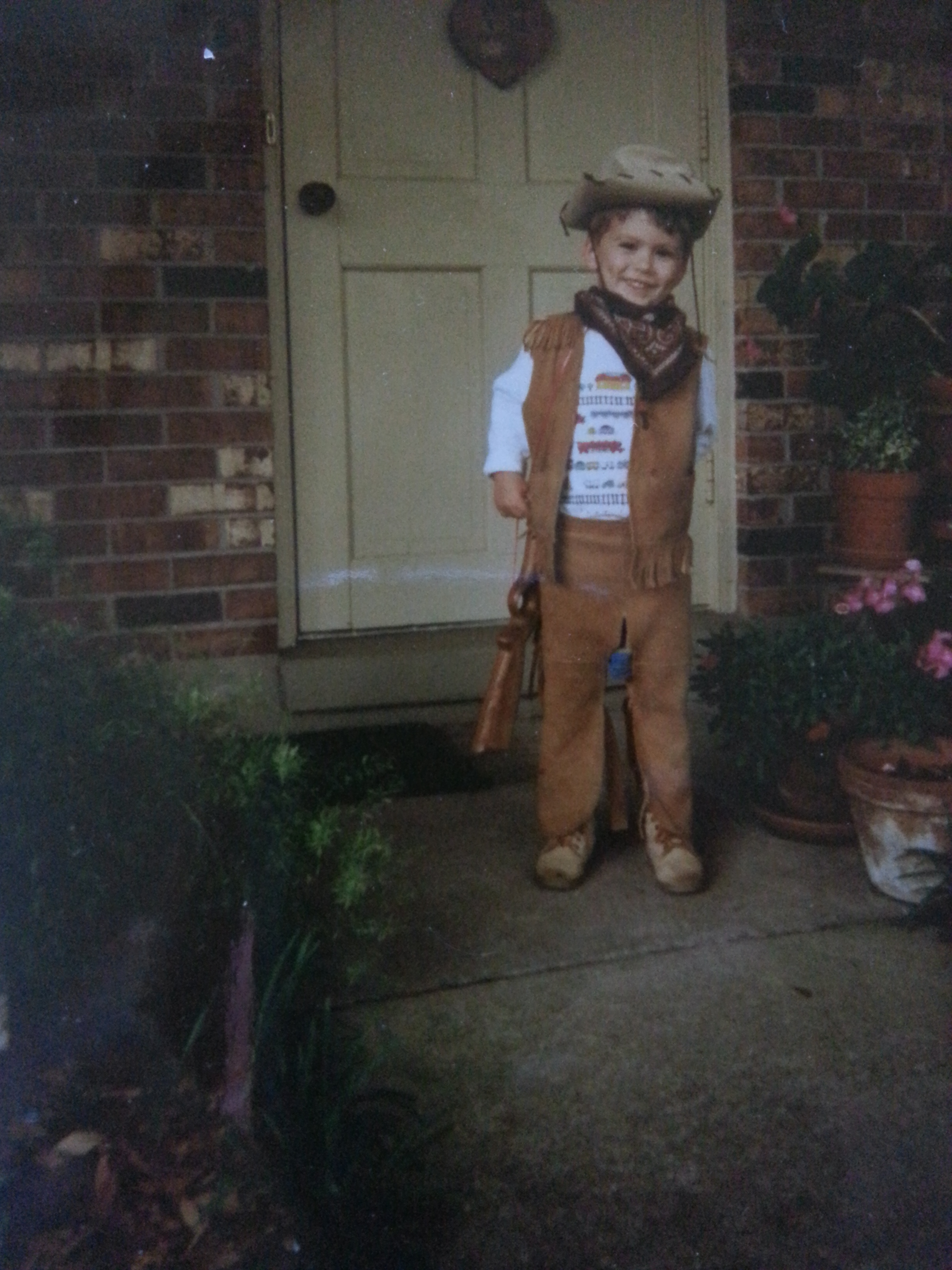 He spent his early years as a superhero, a cowboy, a fireman, and an intrepid explorer,
believing all the while in his invincibility. When our children are little, we don’t always appreciate the time when they are young, when we are their whole world and can make everything good and peaceful for them. It’s exhausting and difficult and wonderful. Often we say things like, “I can’t wait until he’s older so I won’t have to __________(Insert whatever you like here).” But really, the time they are little passes so quickly, quicker than I ever imagined. That time of mothering my babies was  an awesome responsibility but one I miss. 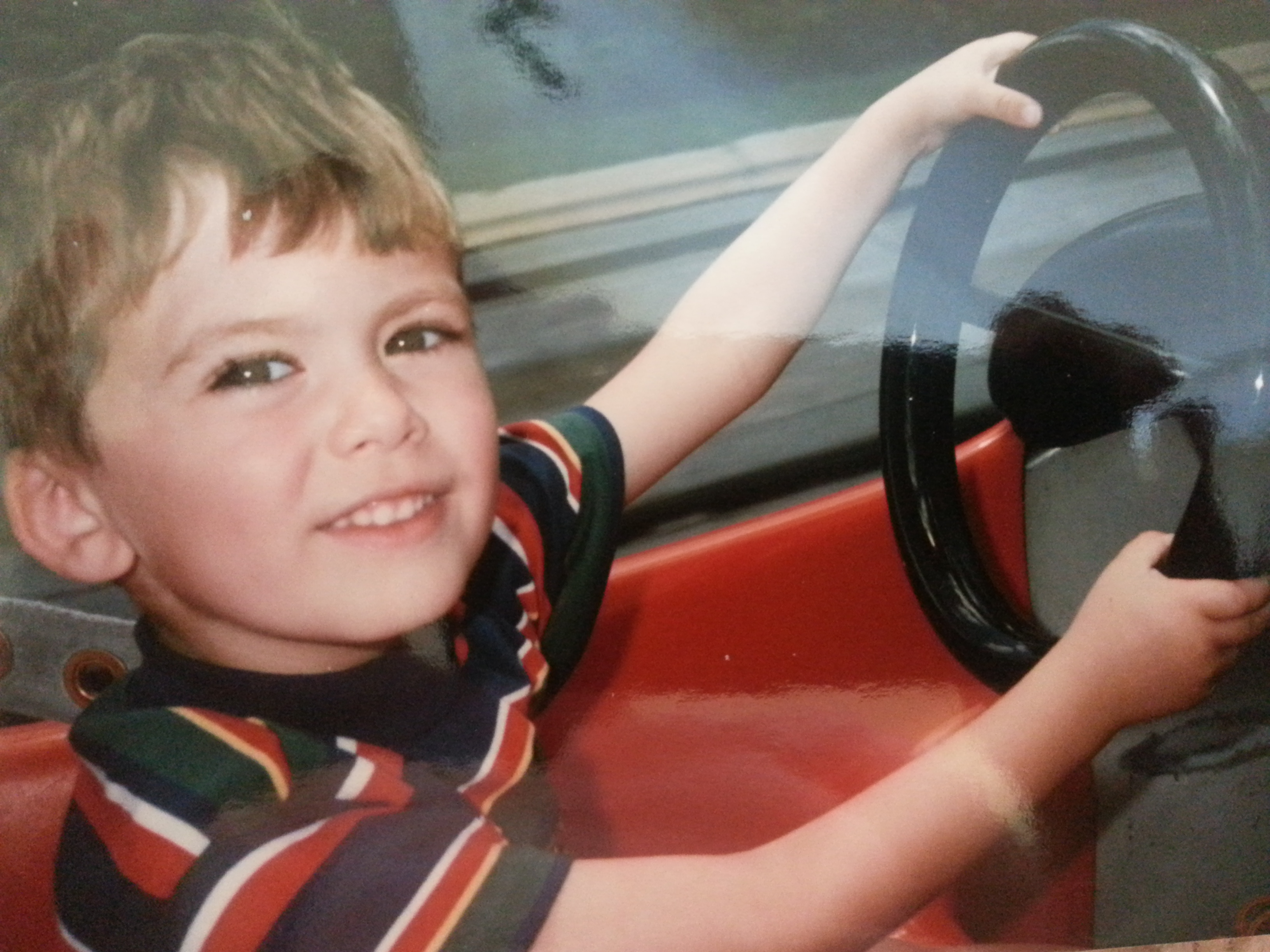 At times I’ve wanted to hold on to my baby, (like I have recently). From the moment he was able to smile, he did and has been bent on happiness ever since. I miss his impish charm and lightning smile, his eyes crinkled up by dimpled cheeks, but the days when his dad and I were his whole world are over, and that’s how it should be. His world is expanding exponentially. I think one of the ways parents can know they’ve done a good job raising their babies is that their babies are ready to fly. That’s what both my boys have done. They were ready and they have flown. My youngest has big plans for his life, and I wish him everything good and wonderful and beautiful. Although the mom in me misses my little boy, I’m so proud of the man he has become.