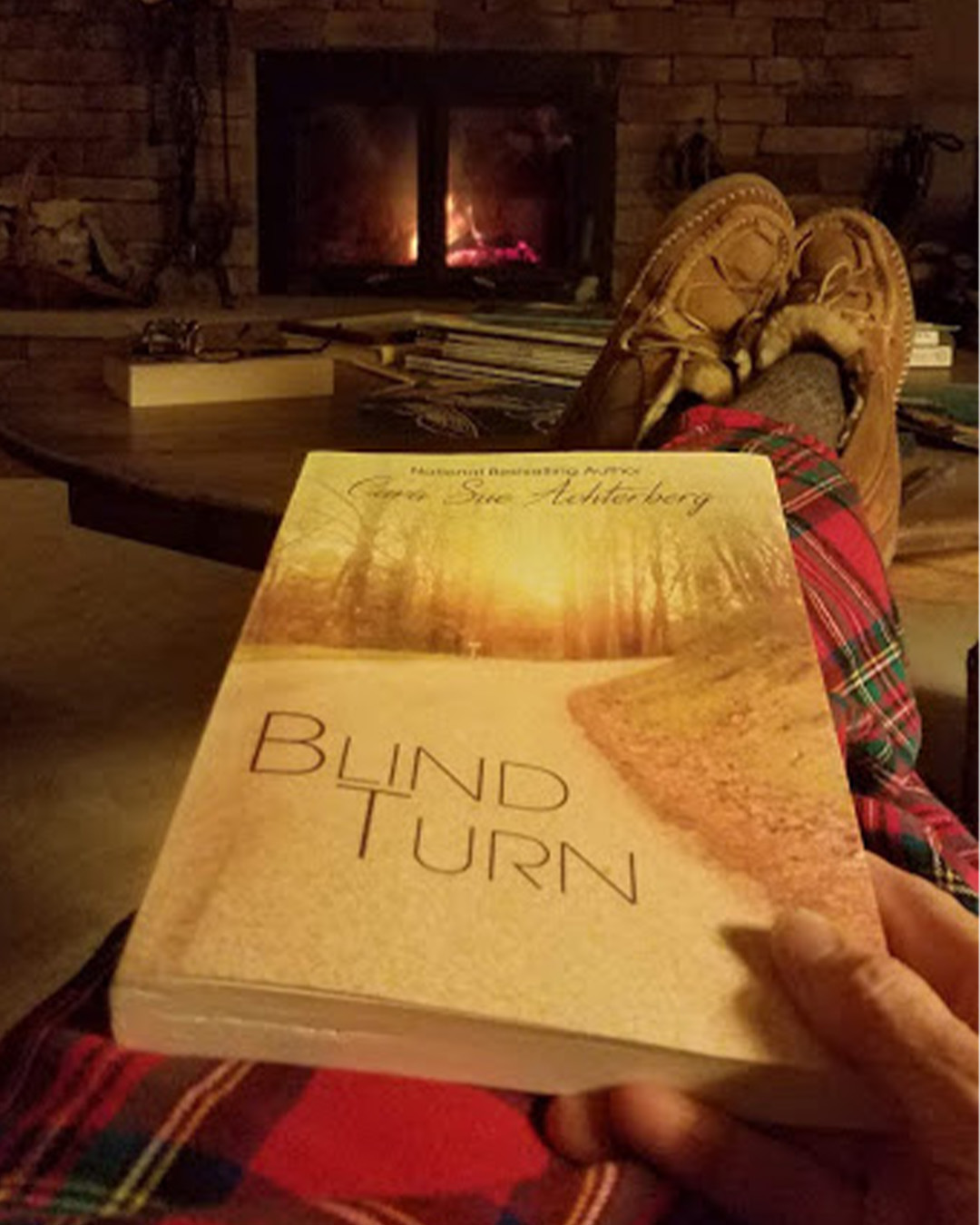 “Does one monstrous mistake make you a bad person?” That’s the central question in Cara Achterberg’s latest book, Blind Turn, which published January 7, 2021. It’s a timely theme which, which probes the ideas of responsibility and forgiveness and made me think not just of my own life but also of things happening in wider world. Cara deftly weaves together two points of view to tell an emotionally difficult but hopeful story. It’s the kind of book I love: a gripping story with life-like characters who ponder important questions and teach readers what they learn along the way. It’s more than a good read. It should be essential reading for everyone but especially parents and young people. I highly recommend it!

The narrative starts with a car crash that kills an important man. The teenager responsible for his death, an honor student and track star, was texting and driving. Even though my own children are grown, I found imagining either of them in this same situation, one too horrific to contemplate, all too easy. I think that’s one of the story’s strengths—distracted driving is something most people could identify with. Cara skillfully weaves the events of the book together with the characters feelings and struggles and offers hard-won wisdom at the moments wisdom is needed in the story.

The book opens with Liz Johnson answering a phone call from Jake, her ex-husband, at the retirement home where she works. He explains their daughter Jess was in an accident and is banged up but okay. Then he says she hit someone and that the man she hit is dead. Jess is concussed and doesn’t remember the accident. To make matters worse, the man she killed is the beloved football coach, Jess’s father’s high school football coach, in the small Texas town of Jefferson where Jess and Liz live.

Of course, Jess is in legal jeopardy, but this family doesn’t have money for a hotshot lawyer to defend their daughter from the kind of charges she faces. Consequently, Liz turns to a lawyer who was once interested in her for help. Trouble is he’s not a defense lawyer and has no experience. As Jess recovers, she and Liz face persecution at work, at school and online. Jess’s best friend, who was in the car with Jess at the time of the accident, abandons her and joins in condemning Jess for Coach’s death. Everyone blames Jess, everyone except Coach’s wife.

When Jess first returns to school, she goes to counseling with Ms. Ellen and begins to think of the accident and her role in it. Liz and the lawyer try to find a way to defend Jess since she still doesn’t remember what happened. To prepare for track season and to stay sane, Jess goes for long runs past Coach Mitchell’s house. Eventually, she also stops to see Mrs. Mitchell, Coach’s wife, and begins walking Sherman, her dog. Jess also begins to make different friends at school, but her best friend Sheila ignores her and openly mocks her.

Meanwhile, Liz’s boss pressures to quit her job. When she does, she goes to work for the lawyer. During their research to figure out how to save Jess, they become involved though he is still married to his estranged wife. To escape the pressure of life in Jefferson, Jess moves into her father’s trailer. She becomes involved with a boy named Fish who lives alone in the same trailer park where her father lives. Jess convinces Fish to help her run away from home on his motor scooter.

After the police find the them, Jess returns to her home in Jefferson and goes back to school. All the while Jess’s trial looms closer, and jail time for Jess seems more likely than ever. Each chapter brings Jess and her mom closer to the trial, but what happens at the end is not what I had imagined. No spoiler from me. You’ll want to read this to find out what happens to Jess and Liz.

If the accident begins the book, the aftermath of the accident defines it.  Blind Turn will make you think about the way we treat people, the way we assess situations and assign blame, especially if we are not directly involved, and the way we can accept what we can’t change. Human beings are fallible and guilty and good and kind, as multi-faceted as kaleidoscopes. Indeed, our perception and understanding changes depending on how we look at a situation, how close we are to it and how directly involved. This was a book about texting and driving and the consequences of that kind of mistake, but it’s also a book about human nature, at its best and at its worst. Thanks for writing a wonderful book, Cara!