To research the setting for my historical novel, my husband and I took a long weekend trip to Charleston, South Carolina several years ago. Since I’m from the South, I was anticipating uncomfortably hot, humid weather and lots of snakes as we traipsed around historic plantations in July, but amazingly, we arrived during a spell of comfortable temperatures and low humidity. I took it as a sign that my research would go well.

While in Charleston, we enjoyed drinks at Fleet Landing, a place my husband still waxes poetic about when I mention the place, and had lunch on the patio at 82 Queen. Sometimes I still dream of the she crab soup I ate there. I do miss the seafood down south!

We also visited the spectacular Middleton Place. The original main house and the north flanker were burned by Union troops in 1865, but the gardens are magnificent! In 1786, the French botanist and explorer, André Michaux gave the Middletons a house gift of camellias, the first to be grown in an American garden. One of the cultivars he gave them, Camellia japonica “Reine des Fleurs” is pictured above. In my book, there is also a camellia garden.

The place where my imagination took flight and the experience of walking the land and entering the house made a lasting impression on me, however, was Drayton Hall, once a plantation on the Ashley River but which is now owned by the National Trust for Historic Preservation. It was built during colonial times on the Ashley River and has stood through the Revolutionary War and the Civil War. In fact, it was the only plantation house on the Ashley River not destroyed by Union troops. It has even survived hurricanes and earthquakes. Yes, Charleston has earthquakes.

Drayton Hall so captured my imagination that I decided to loosely base the location in my novel on it. I use elements from other places and earlier times, including putting a spring house and chapel on the grounds, similar to the one at Middleton Place. In short, I weave history into my story and blur the lines of what’s real and imagined as many writers do.

Despite River Oaks being inspired by Drayton Hall, the events in my book are products of my imagination. They are rooted in history and inspired by the research I’ve done on phosphate mining on the Ashley and Cooper Rivers, the grounds of Drayton Hall and Middleton Place, and Charleston during Reconstruction. I also fudge the years things happen to suit my story.

I often feel overwhelmed when I think of trying to capture the essence of this area, the time, and the people who might have lived and loved there, but when I do, I remember why history, especially Southern history, fascinates me.

People like the Draytons and the Bowens have weathered wars, poverty, hunger, disease, and other tragedies, but somehow have survived to remain rooted in the South for over two hundred years. Why is that? Why not move on to better places? That is what I contemplate as I write this book. Why does this place, any place, mean so much?

Southerners are the only people who’ve lost a war on American soil, and Southerners, black and white, had to rebuild their lives and reconcile their losses. I’m awed at their survival and determination to make a life when their way of life was gone. I think more than anything, that is what drives the story I’m writing. I hope my book will in a small way do their struggle justice.

This is the first Wednesday’s Words post I’ve written in a long time. I’ve been busy revising my first novel called FAITH CAN MOVE MOUNTAINS and drafting my second.

Most people who’ve read my pages aren’t familiar with Charleston, South Carolina’s phosphate mining past. During the late 1800s after the Civil War, rich deposits of phosphate rock provided those who owned land on the area’s rivers with much needed money after the Civil War beginning in about 1867-1868. The rocks were mined and processed into a relatively cheap fertilizer. In my book, the main character is convinced mining will save her home from bankruptcy,but it comes with a cost to the land.

This brief excerpt comes from chapter 6. The image is from Robert Boessenecker’s blog The Coastal Paleontologist, Atlantic Edition

“Mining was backbreaking, dirty work, but already one section of the pit was fairly deep and wide. The men had exposed a variety of sizes of tan phosphate stones along with coarse grained sand and the rounded bones and teeth of strange animals from some long ago age.” 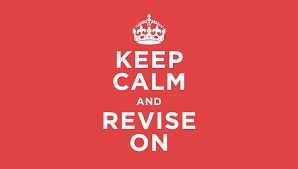 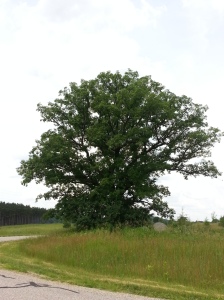 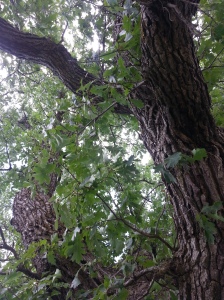