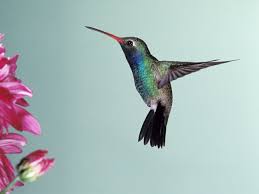 Often I find living so far from my family difficult. Southerners are not a roaming people, at least they don’t travel up north very often. So I have been the one to make trips back and forth to see my family. One very important trip, however, was one I didn’t make in time. I didn’t make it home to see my daddy before he died. Many father’s days have come and gone since then, but I never forget him or how much I loved him. And I will always regret not being with him when he passed away into God’s hands. But God, I’m sure at my father’s insistence, granted me one blessing: he allowed my daddy to communicate with me after he passed away.

After my daddy died, I felt his presence near me several times but mostly in dreams or some dreamlike state in which consciousness floats just out of reach but sleep recedes. The last time I had one of those episodes, I woke with a terrible longing, missing my dad like he had only just passed.

Though we had disagreements regularly before he took ill, we seemed to have made our peace in the last couple of years of his life. We talked often on the phone and shared a love of conservative politics and good Southern food, especially peaches and barbeque. We exchanged recipes, and I treasure those, especially his barbeque sauce recipe. That one I can only make here in Wisconsin in warm weather because I have to open windows so the vinegar doesn’t sear our sinuses.

The other loves we shared were animals and gardening. I’m so thankful he was around when my two beloved cats died within a week of each other at age 16. He knew how I felt and, though he couldn’t hold me across the miles, his love transmitted itself through the phone lines in that soft Southern drawl of his. He was my daddy; I needed him, and he was there.

Daddy was a doctor, a healer and a nurturer when he obeyed his better instincts. He was also an animal lover and a gardener. He fed hummingbirds from numerous feeders on his deck at his house on Lake Sinclair and would name the different varieties. He especially loved the ruby throated ones. He grew azaleas, hostas, hollyhocks, and daisies among other flowers at his house and even sent me some of his hardier perennials which I grew in my gardens at our old house.

It was in that garden amongst his flowers when I experienced a magical moment. After waking from a disturbingly realistic dream about my dad not wanting to die but being called to heaven anyway, I felt as though I had lost him all over again. Knowing I wouldn’t go back to sleep, I rose to find it was already almost six o’clock, nearly full light. I put on my scarlet bathrobe and shearling slippers then headed down the hallway to the stairs.

I turned to grab the hand rail to go down, but my foot slipped and I missed the step bumping down the first three or four stairs on my rear end. Upset as I was by the dream, I started to cry because the fall had scared me and it hurt. Prairie Dawn, my chocolate Lab, came to investigate, consoling me by licking my face, so I decided to let her out for her morning turn about the yard. I sat on the front porch steps feeling sorry for myself. I missed Daddy horribly and put my head on my knees.

Over my sniffles I heard a humming noise, low at first but getting louder. I looked up to see an iridescent blue hummingbird with very dark eyes flitting from one flower to the next up the curved walkway toward me. I sat very still. It came closer until he hovered within a foot of my face. He hovered there looking at me, and I was overcome with the feeling that Daddy was trying to communicate with me, to tell me not to grieve, that he was okay. As soon as that thought entered my mind, the hummingbird flew away without stopping at a single flower.

I stared after it and felt such a rush of love and peaceful gratitude, like God’s hand had reached out and touched my heart. For a moment time stopped; the sun shone golden through the crisp September air and lit the purple flowers of the hostas and set the purple cone flowers aglow. Just as suddenly, the spell was broken. Prairie Dawn jumped up the steps of the porch and ambled over to me. The world was with me again.

I thank God for the moment he granted me, the peace he allowed me to feel knowing my daddy was safely with him. I couldn’t be with my daddy when he died and I have always felt I should have been. But at that moment I knew Daddy didn’t mind. He knew I loved him, and God allowed him to remind me just how much he loved me. I know I’ll never stop missing him. He and I were connected through life, through some mystical quality that manifests itself through heredity, through blood, eye color, particular gestures. We were connected spiritually through love, through God and His tender mercies.

God allows us to remember the good things about our loved ones when they die, and the bad just don’t seem to matter. I believe what remains of a person when they die is pure love, the essence of God which we discover quite by accident and which blesses us and renews us, a benediction and a promise of paradise, that mystical other world of which we can only dream.

2 responses to “A Magical Moment”